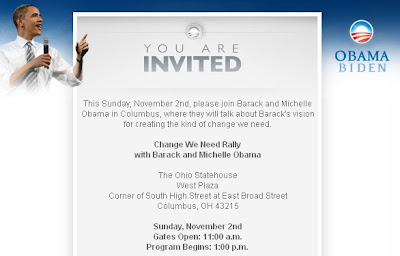 So: either we can do our Obama-themed brunch in direct conflict to BARACK AND MICHELLE OBAMA, who will be appearing ten blocks away from our theater...
OR - we can shift the curtain time. So let's do the latter.
NEW TIME for the COLUMBRUNCH OHIO: 7pm
Yes, that makes it more of a Pancake Dinner Ohio, but that doesn't quite have the same ring.
So spread the word - 7pm CURTAIN.
Thanks!
Reservations: 614-448-3394
Posted by RJ at 12:57 PM No comments:

Where do you go to see hot-off-the-presses new plays from NYC's best young playwrights? Downtown Columbus! 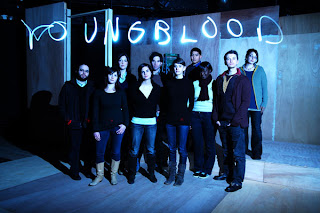 The New York Times says "Dont' worry about the future of theater as long as Youngblood is around!" - and now Youngblood is coming to Columbus to premiere six new short, funny, poignant plays about politics... and to serve you pancakes!
The Youngblood Sunday Brunch - which Time Out New York calls "a toothsome tradition!" and goes on to add "Youngblood knows how to throw a party!" - is touring for the first time. See all six plays, with a hot Brunch Buffet (pancakes, eggs, bacon, hash browns, pastries, fruit salad - from Spinelli's Deli!) all for $20!
Use the code "Friends of Youngblood" when you make your reservation for 25% - just $15 for the plays and Brunch!
CALL 614-448-3394 for reservations!
UPDATE: new curtain time 7pm! Doors open for pancake dinner at 6:30pm
Posted by RJ at 11:37 AM No comments:

A Postcard from Columbruch Ohio! 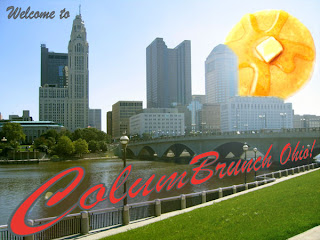 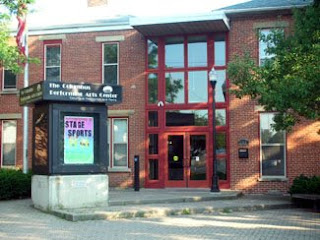 Youngblood was scheduled for our regular first-Sunday-of-the-month Brunch performance, this one a politically themed event called "Ba-runch Obama." (Yes, yes, we know). But upon receiving an impassioned plea from a YB alum to come volunteer in Ohio, we decided that rather than stay in New York preaching to the choir, we'd take the brunch on the road.

So this Sunday, November 2 - COLUMBRUNCH OHIO! Youngblood will do our first ever touring production, presenting the Brunch at the Columbus Performing Arts Center (549 Franklin Avenue, Columbus, Ohio).

New plays by Jesse Cameron Alick, Eliza Clark, Dorothy Fortenberry, Mira Gibson and Patrick Link will be on the program, with a cast of New York actors along for the ride, plus some local Columbus talent.

Here is the Columbus Dispatch's coverage so far - the full lineup and a preview piece.

Many of the playwrights and actors will be staying in Columbus after the brunch to do volunteer work for Election Day. We'll hopefully be blogging the whole event right here at the Youngblog - stay tuned. 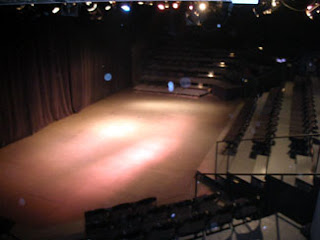 The Van Fleet Theater at the Columbus Performing Arts Center - the new venue for the November Sunday Brunch!
Posted by RJ at 10:42 PM No comments: