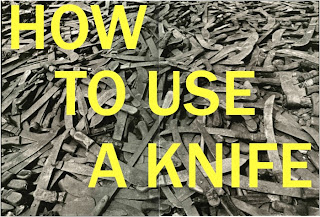 My Bloodworks is tonight! The actors and director are solid. Please come if you're able. At 7pm we have the fantastic "SCHOOL PLAY" by Tony Meneses. I've heard portions and highly recommend. We follow them at 9. Join us both for a crazy night of Bloodworks followed by the usual Youngblood fun.

A newly sober chef with a brain full of bad memories befriends a disciplined African porter who helps him stay clean. But the porter has demons of his own.

The above information is all you need, but if you have one of those jobs where you can just, like, read the internet all day and maybe keep a few work tabs open if the boss comes around, please read my disorganized thoughts on the play after the jump. 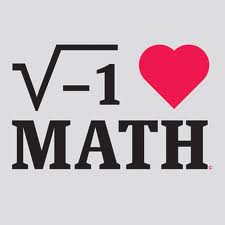 So the official distance for a “Marathon” is 26.2 miles.

Here they are, listed in alphabetical order, according to surname:

(What an attractive list of people! I would consensually date each and every one of them.)

Here’s what we’re going to do.

I’m going to go ahead and say that these plays are, on average, 20 pages long.

A typical sheet of paper is 11 inches tall and 8.5 inches wide.

So, if you laid out one of the playwright’s pages on the ground, they would stretch out 220 inches (18.3 feet).

Including scripts for actors, directors, playwrights, stage managers, etc, I’m going to say that about 50 final drafts of these plays will be/have been printed.

So, if you laid out all of these scripts on the ground, put on your sneakers, pinned a number to your shirt, and ran beside them, you would run... 6,415 feet, or 1.2 miles.

(I’ll be honest, I was really hoping that this number would be closer to 26.2 miles, thus allowing me to make the “Marathon” connection or something.)

Okay, I have a new tactic.

Hopstop tells me that, to get from my apartment in Astoria to Ensemble Studio Theatre, I walk approximately 1.17 miles.

I really like attending rehearsals for my play. I have attended 16 rehearsals, and will be able to attend five performances. That means that, all in all, I’ll have walked... 24.7 miles.

Which is still less than the distance of an actual Marathon.


Whatever. Come see Youngblood members’ plays in the Marathon. Unlike my math, they won't disappoint. Information below. Series A begins Saturday.

You Belong to Me by Daniel Reitz*, directed by Marcia Jean Kurtz* with Scott Parkinson & Patricia Randell*

Bonds Bloodworks : this is the biggest play I've ever written

Tuesday marks my last big Youngblood hurrah.  For I am old now.  And they must cast me from the group and feed me to the wolves.  There will be a big farewell Brunch, yes, in June, but I have to be in rehearsal in Philadelphia and very sadly won't be able to attend.  So my Bloodworks reading feels like my official graduation. 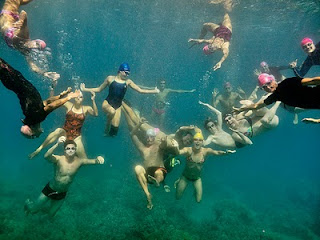 SWIMMERS is a big play.  It's the biggest play I've ever written.  Not just in cast size, but in structure...it's a bit of a departure for me.  I had a lot of fun writing it and I've had a lot of fun working on it over the past several months with director Portia Krieger.  She is busy next week with Clare Barron's lovely play at Clubbed Thumb, so I'm making my directorial debut with this reading... 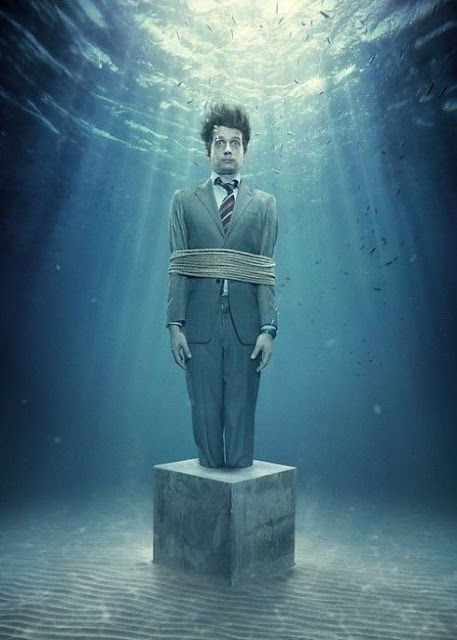 In which we travel up every floor of an office building in an industrial park in the Research Triangle Area.  No one does any work.  There are coyotes.  And Russian accents.  And Altoids.
And it might be the end of the world.

In honor of Youngblood's upcoming full-length reading series BLOODWORKS, here's a look back at some fun times we had during the year. 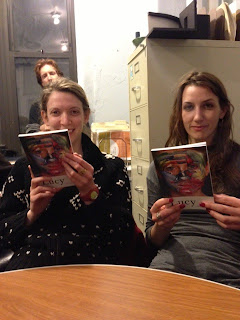 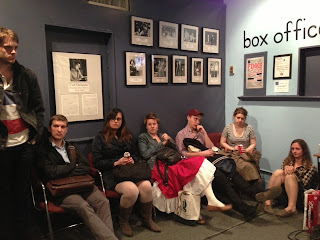 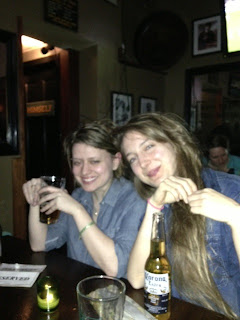 Chiara Atik and Clare Barron live it up at Youngblood's favorite bar, McCoys. 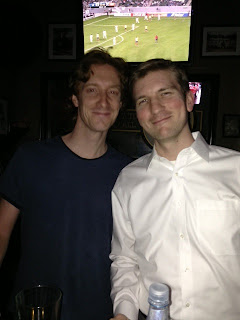 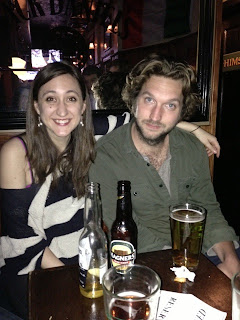 Darcy Fowler and Dylan Dawson are graduating from Youngblood this year cause they're so damn old. If you want to make an award for all-around awesomeness, we recommend sculpting the faces of these two and using that as the trophy.

It's been a great season. And now the best part - the Bloodworks batting order:

TONIGHT WEDNESDAY MAY 15
Posted by Emily Chadick Weiss at 9:20 AM 1 comment:

It's the Most Wonderful Time of the Year.

AC in the Subway!

It must be May!

From every corner of New York City* the sounds of tap-tap-tapping rise to a fierce crescendo as Youngblood writers scramble to finish their Bloodworks Drafts.

Will they succeed and triumph and go on to successful, fabulous careers filled with artistic gratification and recognition and commissions and money and accolades and CB2 furniture, purchased brand new and paid for in cash?

Or will they fail, and, you know, just keep it small, not invite too many people because I really just want to hear it out loud anyway, and see how people react and figure out my next steps because I'm at this new stage in my process and this is a real left-turn for me artistically anyway, so you know.  It's like, it's not a big deal.  I'm not worried.  It is what it is, you know?.....................


Leah Nanako Winkler's COPE @ 7pm!
Directed by Morgan Gould
Featuring Eugene Oh, Katie Broad, Allison Buck, Stephen Stout, Jason Liebman, and TBA
Risa, a young journalist, spends three weeks observing and studying the COPE clinic- a research center for young adults with prodromal symptoms to schizophrenia. As she gets to know the patients living on the edge of reality, she begins to wonder at what cost the decent of madness can be predicted.

A group of idealistic strangers gather in a city park to protest the disparity of wealth created by their country's malevolent corporate culture. Will they prevail, or will too many cooks spoil the revolution?

Drink with us this Saturday!

EST/Youngblood is having a benefit & party this Saturday, May 11 @ 7pm!

with Music from
THE SPRING STANDARDS
LAPLAND
NORTHWOOD
POOR REMY
and CHRISTINA COURTIN!

And then, maybe, probably, a dance party will break out.


Not convinced yet?
Posted by Lydia at 5:32 PM No comments: