No Jazzin' Before the Rumble: 1960's Gangs and a Park Slope Plane Crash 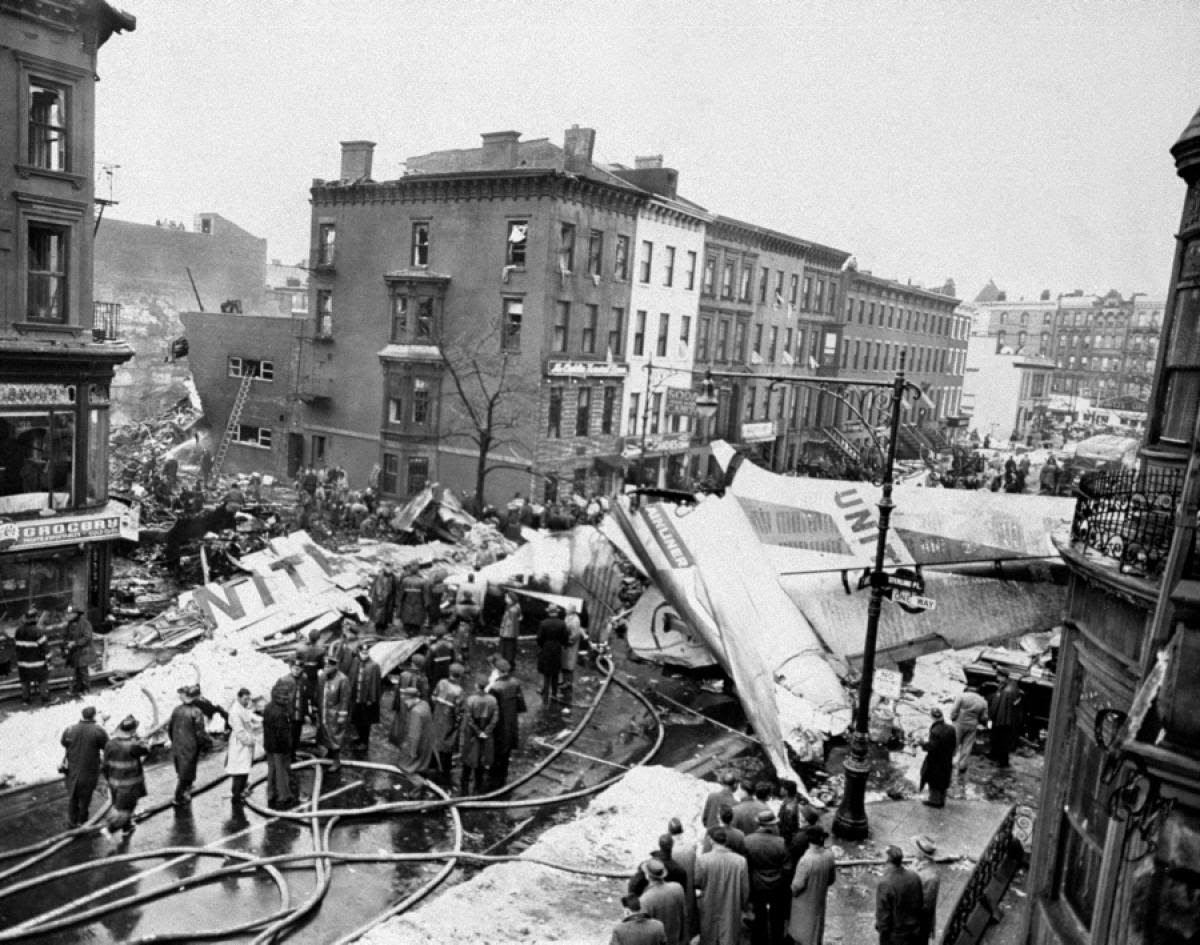 "Hey Ponyboy, you know there's no jazzin' before the rumble!"

My friends and I repeated this line all day after watching The Outsiders film adaptation in 8th grade English class. I'm still not entirely sure what it means, I guess our hero, Ponyboy, was dissing somebody or fooling around before the epic brawl that was about to go down between the Greasers and the Soc's. More so than the coming of age "stay gold" message tweens write about on state English exams, this goofy line pops into my head weirdly a lot.

In 1950's and 60's Brooklyn, it was pretty common for teenage boys with nothing better to do to join a street gang, or a "bopping" gang, not unlike those in The Outsiders. While drugs were around, especially heroin in the late 50's and early 60's, rival gangs fought pretty much over turf and girls. Mostly divided along ethnic lines, there were an estimated 6,000 gang members and hundreds of gangs throughout the five boroughs. 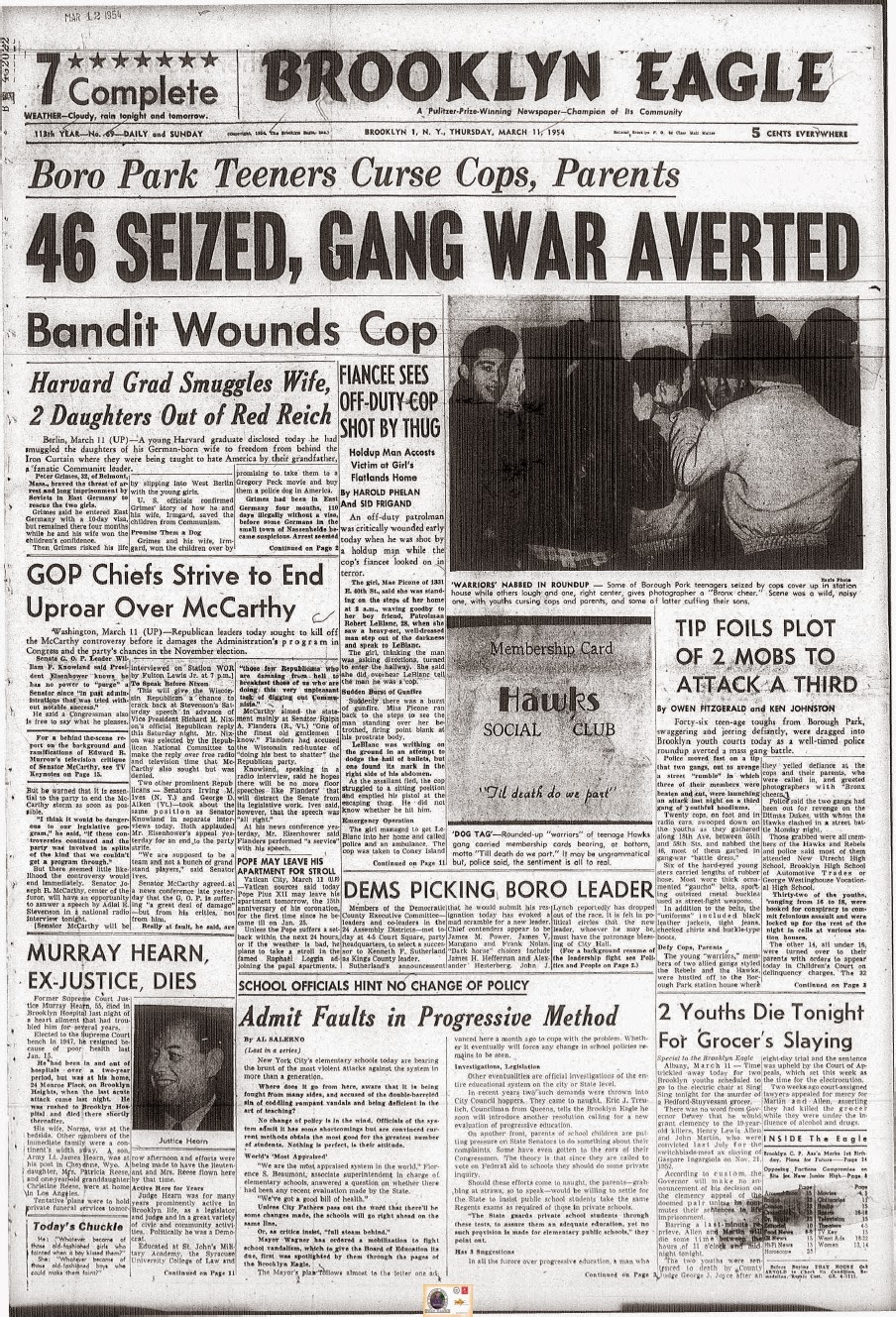 In the late 50's, a number of Italian-American gangs merged together to form the South Brooklyn Boys, one of the biggest gangs of the time. The Gowanus Boys, the South Brooklyn Angels, the South Brooklyn Devils, The South Brooklyn Diapers, The Kane Street Midgets, The Little Gents, The Butler Street Gents, and so on, would "rumble" for turf with other gangs, often African-Americans and Latinos who were beginning to move into the predominantly Italian and Irish neighborhoods. At the same time, banks began redlining neighborhoods, refusing to lend to minorities and contributing to the serious blight stretching throughout the borough.

On December 16th, 1960 two airplanes collided above Brooklyn. One landed in a mostly secluded area in Staten Island, the other right in the middle of 7th Avenue and Sterling Place in Park Slope. It destroyed ten buildings and killed over 130 people. The New York Times headline described it as "An Area of Run Down Houses". At a time when the atomic bomb could drop at any moment and there were serious fears the Soviet Union could invade, a plane landing in the middle of the street right before Christmas was a serious shock, to say the least. 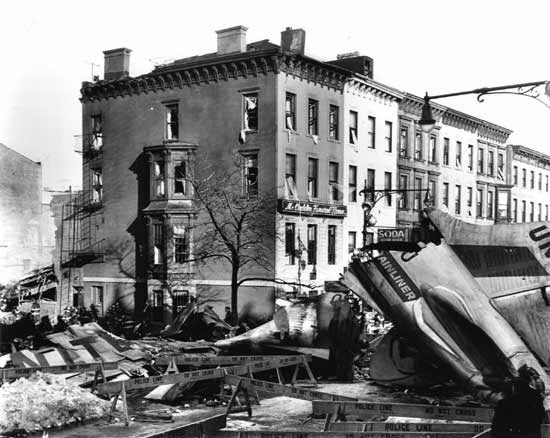 That's when a play I've written for the Gowanus Arts and Production's Green Plays takes place, the night after the crash. Two teens, an Italian-American gang member and an Irish-American prostitute decide whether they want to stay on this path, or try and get away. But mostly it gives me a reason to write names like Charlie Chumps, Nicky Nichols, Tommy Two Toes, and talk about throwing rocks at an old juke box in Prospect Park. The show's in a beautiful giant brick building, and there's four plays by writers from great local companies, including Youngblood alum Meghan Deans. The Lobbyists are playing and there'll be a party afterwards, where we can jazz all we want. 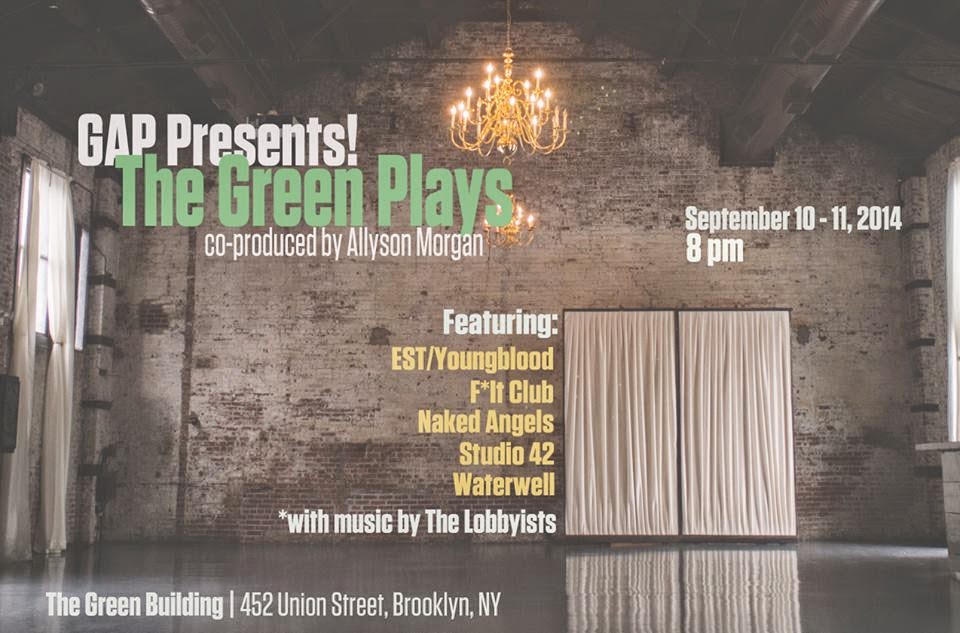