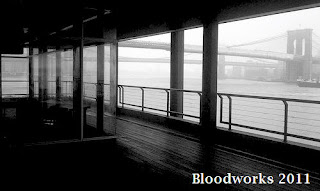 brand new full-length plays by the members of youngblood

ATTENTION - venue for Bloodworks readings has changed.  For details, please see below! 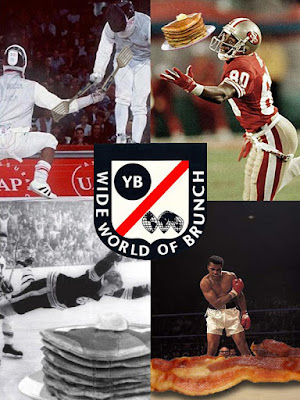 For SuperBrunch Sunday: the SPORTS BRUNCH.
Because sports is what playwrights know best.


You were probably going to lay down a base layer of alcohol before the big game anyway.  So why not join Youngblood for pancakes, bacon, and five brand new plays a about sports?

Football (twice!), baseball, skiing and even competitive eating all get the Youngblood treatment.  One playwright even admitted having to go to wikipedia to figure out how one is supposed to play sports at all.

Five brand new plays, plus our fabulous BRUNCH BUFFET of pancakes, eggs, bacon, pastries and our fiscally irresposible open bar - all for just $18!

Sunday, February 6
doors open at 12:30pm for the buffet (food goes fast so get there early!)
show starts at 1pm


PLEASE NOTE: We usually have a waiting list, so any reservation not picked up by 10 minutes before curtain time can NOT be guaranteed. 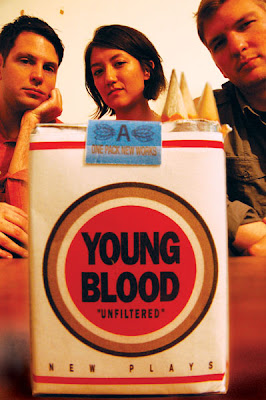 A wealthy lawyer commissions a talented but penniless painter to do a portrait, but during their first painting session a careless confession releases an unstoppable spring of sin, scandal and sensuality.
with Kristin Griffith*+, Richmond Hoxie*+, Haskell King*+, Diana Ruppe*+

In Quietness
by Anna Moench
directed by Birgitta Victorson

A former CEO follows her born-again husband to a Southern Baptist seminary and enrolls as a student at the Homemaking House, a place where marital bliss means never having to say thank you for cleaning the toilet.

A working mother enrolls in a strip aerobics class only to realize she hates men. It's when she becomes addicted to drinking cleaning products that her life really begins to unravel.

Brunch of the Living Dead.

If you think the weather outside is FRIGHTFUL...

What better way to spend the very first Sunday of the New Year than cowering under your seat, clutching your bloody mary in abject terror. Welcome [creaking door noises] to the BRUNCH OF THE LIVING DEAD...


Six (it's a bonus pack!) brand new short plays in the horror/thriller/slasher genre. Laughs, chills, thrills, creepy voices, a new musical -- we've got it all. Kick baby New Year right in the diaper with the YOUNGBLOOD SUNDAY BRUNCH.

PASS IT ON
by Joshua Conkel
directed by John Giampietro
with Loren Brown*, Molly Carden and Maya MacDonald


Five brand new plays, plus our fabulous BRUNCH BUFFET of pancakes, eggs, bacon, pastries and our fiscally irresposible open bar - all for just $18! Special holiday beverages may be had!


Sunday, January 2
doors open at 12:30pm for the buffet (food goes fast so get there early!)
show starts at 1pm

PLEASE NOTE: We usually have a waiting list, so any reservation not picked up by 10 minutes before curtain time can NOT be guaranteed. 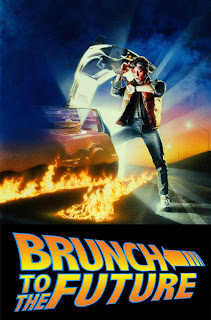 Youngblood and the 52nd Street Project.
Together again.
Talking about the future.
Eating pancakes.

Last year our Brunch season kicked off in collaboration with the wonderful folks at the 52nd Street Project, a not-for-profit organization that matches the kids (age 9 to 18) of Hell's Kitchen with professional theater artists to create original theater.

We loved it so much we had to do it again.  Five of our writers met with five of their kids and wrote brand new plays for those kids to star in - all about the future.

and all five plays include original songs by Eric March!

Five brand new plays, plus our fabulous BRUNCH BUFFET of pancakes, eggs, bacon, pastries - all for just $18!  NOTE - this is a family-friendly, all ages show, so there will be no alcohol this time around.  Our fiscally irresponsible, morally reprehensible open bar will return in December

Sunday, November 7
doors open at 12:30pm for the buffet (food goes fast so get there early!)
show starts at 1pm

PLEASE NOTE: We usually have a waiting list, so any reservation not picked up by 10 minutes before curtain time can NOT be guaranteed. 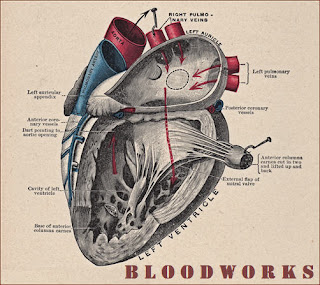 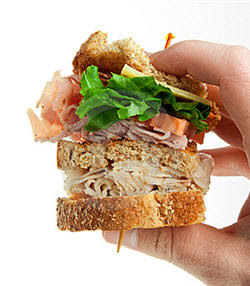 Dreams in musicals are DREAMS.  Mama Rose wants to get up, out and into showbiz.  J. Pierpont Finch wants to climb from the mailroom to the boardroom.  Eliza Doolittle wants to have a eunuch draw her a lavender bath.  Big, important stuff.


But what if your dream is straightforward?  And easy to obtain?  What if you just want to make a really good sandwich?


That's the question at the heart of THE GREAT AMERICAN DELI MUSICAL PART 1.  What do we do when our dreams are kind of stupid, and not all that unreasonable?  Also, how do you kill a cyborg wolf? 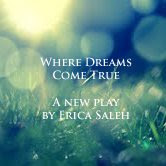 Emma and Julie used to be best friends.  Then Emma moved to New York and got boring, and Julie moved to Orlando and got crazy.  Tonight they reunite.  With a bag of weed, a couple of guns, and some unwanted guests... 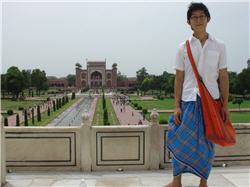 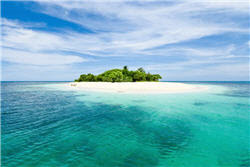 A play about the dangers of having sex with the people stranded on the desert island with you. 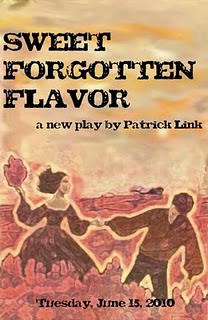 Sweet Forgotten Flavor is about a portrait painter.  He's a man of little means, but exceptional talent.  A wealthy lawyer commissions our painter to do a portrait, but during their first painting session a careless proposal releases an unstoppable spring of sin, scandal and sensuality. 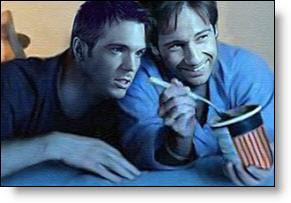 Mariah Kay is famous on the Internet, but Mariah Kay is not famous anywhere else. Online, she has fans, minions: people devoted to the fiction she writes based on The Crashlands, a minor cable television series with a huge cult following. In real life, she's not entirely sure what she's got, aside from relationship problems and a lot of prescription meds. As fans gather at CrashCon -- the biggest Crashlands fan convention in the world -- Mariah befriends a younger fan, whose earnest devotion to the show's fandom forces Mariah to reconcile with the gap between her online and her offline personas. 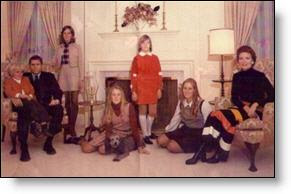 The Clarkes are an unusually tall, Catholic family living in the Oakland Hills of California in the spring of 1970. Things get chaotic when Sister Connie, Mrs. Clarke's lifelong best friend, well-loved local nun, and probable lesbian gets hit by a bus on her way to the movies. Over a twenty four hour period the Clarke children run their household under the questionable supervision of Russell James, the young campaign manager assisting Mr. Clarke as he runs for City Comptroller.

The Talls contains: sibling-on-sibling violence, confusing sexual situations, drugs, Catholicism etc. There's something in there for the whole family.

Tim, Bill, Julianne and Adam have been friends for twenty years. A look at their relationship in their twenties and forties.


When a scientist loses his fiancé in an accident, it triggers a scientific obsession with fate. Unconcerned with a paramount deadline that bears down on him from his University, he finds a support group to help him through his loss. But when the group reveals an uncommon interest in his science, what began as a meaningful place to grieve quickly twists into a dangerous cult that tailors his science to suit their dark agenda. Can he stop the cult that uses the very science he taught them?