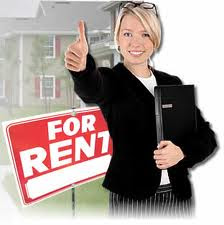 So when you are a playwright and you want someone to give you money, like perhaps a theater, or a foundation, or a wealthy friend, you are asked to submit an artist statement with your application. Sometimes this is a free-form situation. "Tell us why you want this." Sometimes this is a little more specific. "Tell us why you want this, and also how you are planning to change the face of theater as we know it, and also about a time that a hat made you SO angry."

Of course this makes sense. They're not going to hand these things out to any old writer. You need to make a case for yourself, and aritst statements give you a chance to make that case. So I do not mind them, not really. But there have been many nights, many long dark cold cold nights, when I have stared at my computer screen thinking, I don't know how to do this. I don't know how to describe myself in a way that makes me seem smart and clever and talented and ambitious and humble and good-looking and fascinating and good to animals and and and and.

I mentioned my fear of artists statements to a friend who is preparing to apply to grad school (and therefore has many a personal statement in her future). She sympathized. "It would be great if it could be more like answering a Craigslist Ad for a new apartment," she said. "No pets, non-smoker, hard worker."

And she's right. Except in that case, the requests for proposals might start to look a little...

So maybe we're fine.
Posted by Meghan Drrns at 2:25 PM No comments:

What I Doodled to Your Play 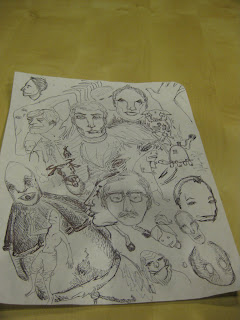 Every Wednesday evening Youngblood meets to discuss the plays we've seen, read the plays we've written, and sometimes we doodle during these plays. Though some may think these doodlers are doing everything in their power not to listen to the plays, studies show that doodling wards off daydreaming and that doodlers often pay better attention than non-doodlers.
The following is a set of doodles inspired by the April fools brunch plays of Clare Barron and Leah Nanako Winkler. Clare's play HOOVER is about a lesbian couple and their son Hoover, Leah Nanako's play ARCH NEMESIS tells the story of a girl plagued by the evil deeds of her next door neighbor and how she retaliates. We also heard Lydia Blaisdell's full-length about a man obsessed with dolls in the early 20th century. And then there was the other crap swimming around our brains while listened to these plays.
If these doodles have inspired you to doodle, post that doodle here. And doodle on.
Top Left - Eric Dufault
Bottom Left - Emily Chadick Weiss 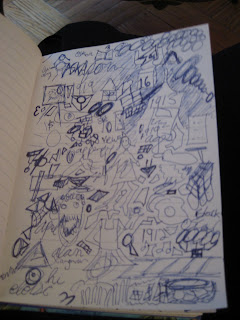 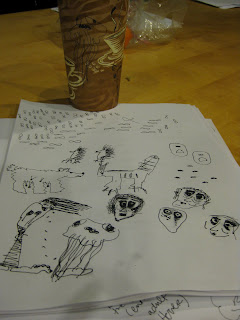 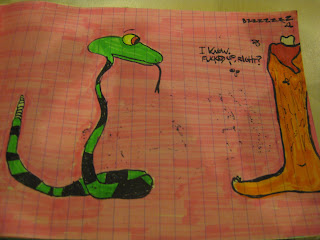 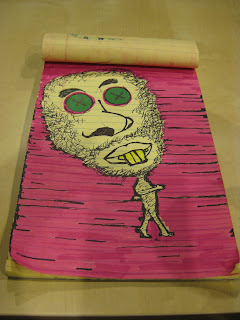 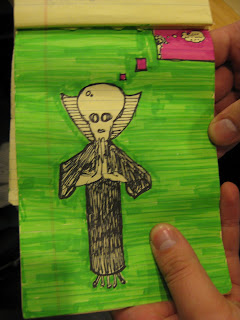 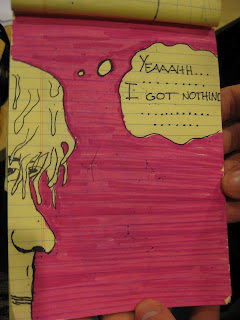 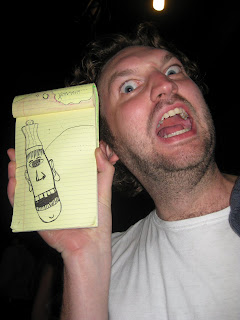 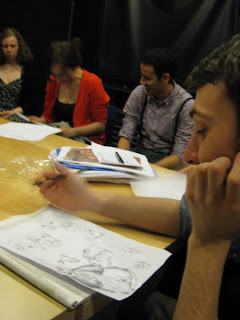 Mmm...Mmm...It's that blue time of night when the lonely first hits. But you're not quite sure what it is. Mmm... 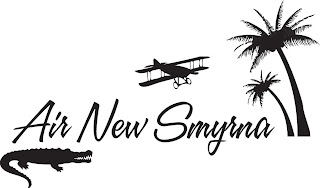 This past fall I had a play featured in #serials with our friends at the Flea Theatre. After a wacky and weird six week run, the resident directors decided to take this play about an air traffic controller/radio show host in a small central Florida town to the airwaves. The result is what will be a monthly interview show with playwrights and theatre artists promoting new work and hoping to find some achy truth deep with in themselves through our host, Dan.

Our first episode features our own Rob Askins on the run from the law after being possessed by Tyrone, the evil sock puppet he created in his play "Hand to God", back again at EST. Take a listen, and raise a lone gator's claw.

Air New Smyrna Radio Episode 1
Posted by Christopher Sullivan at 10:48 AM No comments:

In Which, I Unknowingly Deceive My Grandfather: A Brunch Story

Here's a funny story that was actually not funny but vaguely traumatizing at the time:
RJ sent out an email on Feb 21 announcing 7 Sloan Brunch finalists. I was one of the 7 finalists. I also, for some reason, didn't realize that "finalist" meant, "next round," and not "hooray, you got it!"
"Hooray, I got it!" I happily squeaked to the person I was on the phone with at the time, which happened to be my Grandmother, who didn't know anything about brunches, or Youngblood, or Sloan.
Except, of course, no one had gotten anything yet, except for the chance to submit revisions and hope for the best. Whatever, fine. I turned in my revisions, and waited.
That weekend, as it just so happened, I went to visit my Grandparents in California.
"HERE'S THE BIG PRIZE WINNER!" My Grandmother greeted me at the door, having in her mind probably equated the Sloan Brunch with a Nobel Prize for chemistry or something.
"Oh! Uhm, haha! Actually....no. I'm a....finalist." I told her, sheepishly.
"So they didn't pick yours?" She asked me, concerned.
"Uh, no, not, not quite. But, maybe! But, no."
I explained to her the misunderstanding, she got it, we moved on.
FAST FORWARD TO DINNER:
My entire family is sitting around the table, including my 91 year-old Grandfather, a former surgeon, and probably the closest thing to a scientist we have. Though he could still probably recite the entire Periodic Table of Elements, his hearing is very poor, which means most dinner-table small talk is beyond him.
Suddenly, after sitting silently through most of the meal, my Grandfather shakily rises to his feet and lifts his glass of Martinelli's into the air. The rest of the family falls silent and looks to him, surprised.
"I hear we have a PRIZE WINNER dining with us tonight!" He says, staring at me.
"Oh god," I whimpered, and looked to my Dad in panic as my little brother started snickering.
My Grandfather, oblivious, continued:
"She wrote an article about science, and got recognition for it," he said, no doubt mentally picturing a 30-page treatise in Scientific American, or something.
"Well, actually, I --"
My Grandmother and my Dad waved their arms to cut me off.
"It's too complicated to explain!" my Dad said, raising his glass.
"We are very, very proud of you," my Grandfather finished.
So I sat there, awkwardly, as my family toasted me for something that I had not actually done yet, and might not do at all. I wanted to cry.
I spent the rest of the trip wracked with guilt, obsessively checking my email. Before that dinner, I wanted to do the Sloan Brunch because it would be fun and because I enjoyed writing my piece. But now? After my 91 year old Grandfather said he was proud of me? My karma was at stake.
So, when I finally (FIN. AL. LY.) got word from RJ that they were gonna perform my play, I practically fainted from the relief. The toast was not in vain! Just a little premature. And, uhm, not for a scientific article. BUT WHATEVER.
So, in short, this was a fairly traumatic introduction to the world of Youngblood Brunches, but I am thrilled thrilled thrilled to be participating in this one.
And! I am never telling my Grandparents anything ever again.
I just don't think I can take the pressure.
Posted by Chiara at 5:07 PM 2 comments:

When will the theatre learn?
Posted by Patrick Link at 3:27 PM No comments: