Hi, Youngblood. I hope you're having a great summer. I'm busy planning my gay wedding, writing my next play, going to Fire Island, getting new tattoos and TOTALLY freaking out that my play, "MilkMilkLemonade" has just extended a second time in Los Angeles, just opened in Berkeley, is opening in Austin and starts rehearsals this week for it's second New York production.

As Nikole Beckwith would say, "BOOM!"

The Los Angeles production of MilkMilkLemonade just extended and the show has been moved from their late night slot to their prime time slot. If you're in Los Angeles, please check out this fantastic production by Rogue Machine. 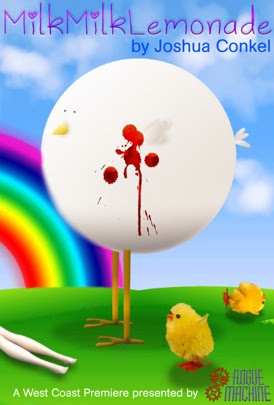 Impact's production in Berkeley just opened to a rave review and mucho buzz. A little birdie (I have spies) told me this production was absolutely breathtaking. Go see it if you're in the area! 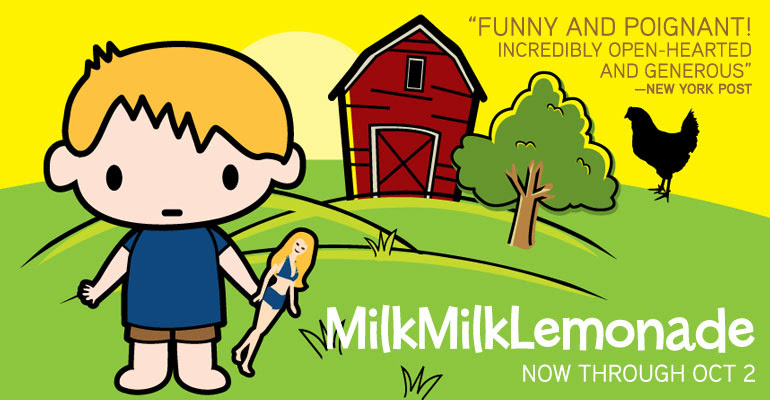 You can get a sneak peak of the Texas premiere at the Out of Bounds Comedy Festival tomorrow, and then the show opens on September 9th. (I'm really intrigued by this production because it's the first time Linda the Chicken is being played by a man. The stage directions say to cast across gender, race, age and body type and I find it encouraging that people are. It actually reads, "Don't be a pussy- BE BOLD.") Thanks, Shrewd Productions!

Yes, you know it. The original cast of MilkMilkLemonade is being brought together for a brand sparkling new production, now directed by Jose Zaya, at The Astoria Performing Arts Center. It's going to be stunning. Info to come... 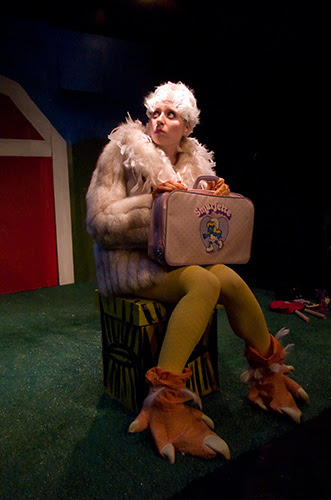