Mike Lew Knows What To Do

Yougnblood alum Mike Lew, who carried this blog through some of its toughest times, has some wonderful ideas that deserve to be posted. This one in particular.

6. The Blacklist - In Hollywood, as in the theater, there is a huge volume of screenplays that are highly praiseworthy but for whatever reason can't be produced. So someone created The Blacklist, an annual list of the best screenplays that were neglected that year. I believe the same thing exists for TV pilots. At any rate, we could very easily do the same thing for theater, and pair up with American Theatermagazine or The Dramatist to publish the results (or blog-publish them). This would be a great way to highlight plays that haven't yet gotten their due, as well as unsung writers.

Let's say we survey a diverse group of around 300 people - mostly playwrights and lit managers - and ask them to create a list of their top 5 favorite (other people's) plays that have been kicking around for a while but haven't yet found production. We then tabulate the results and highlight a list of frequently-mentioned plays. We could also ask high-profile playwrights to write up a short testimonial about their #1 pick, in the hopes of bringing more attention to lesser-known writers.

Read his full post here. This is very much a concrete, actionable initiative that could big a big boost for some great plays. Don't let this idea pass us by. Hop over to his site, write a comment, and help get this fire started. 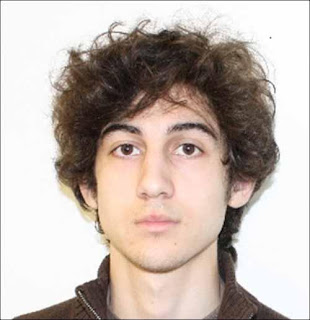 My friend Danny loaned me a book the other night, Life Within Limits, by an anthropologist named Michael Jackson. A few pages in, I found this:

...beginnings are different from origins. One can date or determine a beginning, but origins are like the succession of low hills that blur into the bluish haze of the Loma Mountains beyond Firawa. Origins are like echoes -- antecedent events that continue to make their presence felt in the here and now, or recollections sparked by a piece of music only to fade when the music stop.


I like that, I though. I like that we get to have "origins," as individuals, or as a culture. It makes intuitive sense, but I don't know if I had a word for it before.

...this difference between beginning and origin resembles Gabriel Marcel's distinction between a "problem" that admits of a solution, and a "mystery" that can never be entirely solved. "A problem is something met with which bars my passage. It is before me in its entirety. A mystery, on the other hand, is something in which I find myself caught up, and whose essence is therefore not to be before me in its entirety. It is as though in this province the distinction between in me and before me loses its meaning."


And it struck me that the distinction between problems and mysteries is in some ways a great rule of thumb for what (I think) makes a great play. Great plays deal with mysteries, not problems. Willy Loman's problem may be that he's unemployed, and that he can't support his family, but his unemployment is really just a piece of the larger mystery that has swallowed him. He's so tangled in some bigger mystery called "America" that he can't tell where he ends and where it begins.

I spent most of today in a car, driving through the rain, listening to radio reports from Boston. It was deadening, magnetic, terrifying, heartbreaking, weirdly repetitive. The announcers kept narrating the few details they knew, emphasizing how little they knew for certain. They took calls from people shut up in their homes in Boston, recounting what glimpses they'd seen out their windows and heard through the walls -- police, police, swat teams, police, empty streets, police, gunshots, police, nothing... nothing...

They also took calls from young people who had known Dzhokhar -- "Suspect Two." "I just don't understand," they all essentially said. "He was such a nice guy, he had friends, he was quiet, but funny, and well-liked..." The announcers did the radio equivalent of shaking their heads in disbelief. "And did he ever talk about Chechnya? Or religion? Or... Do you know, can you imagine, what could have happened that could have radicalized him, and made him do what he and his brother have done?"

I understand the impulse, but the line of questioning felt pretty cheap, pretty lacking in empathy or imagination. Especially as our car crawled along through gray and drizzle and traffic, I felt like these questions had nothing to do with the strange mud of emotion I was feeling, listening to the details of the bombing, of the chase...

As playwrights, we're in the business of exploring why and how people act. What do people do? And how do their actions affect them and those around them? And -- maybe most importantly -- how are we to make sense of actions we can't quite understand?

It's not a perfect fit, but I think Jackson/Marcel's distinctions between beginning and origin and between problem and mystery is relevant here. "Why did he do that?" is the wrong question, I think. It treats actions as the end-results of problems, rather than the (often unexpected) fruit that grows out of the soil of a mystery.

Why did he build a bomb? Because he wasn't held enough as a child.

Why did she join the army? Because her husband had just left her.

I think it's our job as playwrights to reject these kinds of answers to questions about human action. They may be accurate in a literal way, but they're besides the point. There's a more interesting -- and, I think, a more honorable -- which is to say, more dignifying, more humble, more just, more honest -- answer to be had in beginning with a recognition of the mystery before which each of us stands, and which each of us has within herself.

We begin with the mystery, and go from there.

Why does King Lear insist on his bizarre love test?
Why does Yelena marry the Professor?
What's in the heart of a nineteen year old kid, covered in blood, lying in the belly of a boat, in a shut-down city crawling with cops, with most of the country wondering where he is?

Who knows. In the words of another (Biblical) fugitive, in the belly of something else entirely:


I called out of mine affliction unto the LORD, and He answered me; out of the belly of the nether-world cried I, and Thou heardest my voice.

For Thou didst cast me into the depth, in the heart of the seas, and the flood was round about me; all Thy waves and Thy billows passed over me.

And I said: 'I am cast out from before Thine eyes'; yet I will look again toward Thy holy temple.

The waters compassed me about, even to the soul; the deep was round about me; the weeds were wrapped about my head.

I went down to the bottoms of the mountains; the earth with her bars closed upon me for ever; yet hast Thou brought up my life from the pit, O LORD my God.

When my soul fainted within me, I remembered the LORD; and my prayer came in unto Thee, into Thy holy temple.

They that regard lying vanities forsake their own mercy.

But I will sacrifice unto Thee with the voice of thanksgiving; that which I have vowed I will pay. Salvation is of the LORD.

And the LORD spoke unto the fish, and it vomited out Jonah upon the dry land.