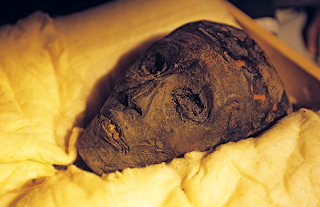 I think I’m trying to be more honest about where things come from.

I really, legitimately loved newspaper comic strips when I was younger. Garfield. Fox Trot. For Better or for Worse.

But there was one comic (not in the newspaper) that when I was young I found really unsettling.

Richie Rich, you are such a fucking asshole.

And I really do find the comic uncomfortable to read, partially because of weird class issue crap, but also because holy shit, Richie Rich is actually an enormous d-bag to Cadbury the Perfect Butler.

So that partially inspired this play. 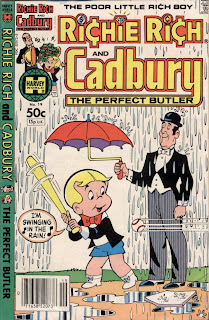 Maybe seventeen or so years after the last time I read a Richie Rich comic, I was chaperoning ninth graders through the Metropolitan Museum of Art.

And I saw this: 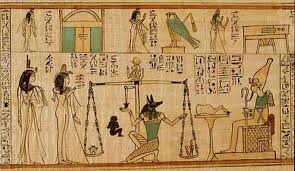 Which is an excerpt from the Book of the Dead.

It’s a scene I find pretty beautiful and haunting.

I was sort of dumbstruck by it.

And then I had to go because we found out that Kevin Olivo (not his real name) was trying to touch a nude statue’s breasts.

So Richie Rich and the Book of the Dead merged together into this play called The Tomb of King Tot. 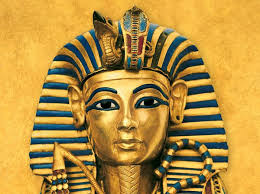 But that’s all bullshit.

Because the play’s actually about the intersection between grief and humor. And was written during a weird period of time when I was between living situations, and was often eating at this strange little Egyptian diner. The food made me feel sick. But I’d eat it all the time. 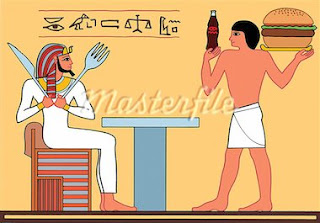 It stars some serious theatrical titans, including:

I’m mesmerized by the fact that I tricked all these people into getting together in the same room and saying words out loud.

The play’s followed by another at 9pm by the wonderful, kind, very impressive Darcy Fowler.

The Tomb of King Tot

Oh! Also! This is the final Bloodworks night! Oh man!

What does that mean?

Drinking (definitely). Great people celebrating a series of great feats put on by this great group before we all scatter off into the summer. I don’t know. I wouldn’t want to miss it.

Since everything is a remix, here is an incomplete list of things I am biting from:

I watched this in high school (stoned) and then just rewatched it a few weeks ago (not stoned) and it holds up. It is about the last man on the planet and how one would pass the time if there were no post-apocalyptic zombies to fight. It has smart (though sometimes clunky) things to say about gender and race and power and how those things get all shifted around when traditional societal roles are broken down because EVERYONE IS DEAD.

THE PARABLE OF THE SOWER
by Octavia Butler

There are two other books after this one, so I am probably missing the larger picture, but this is the truest vision of the future I've ever read, and it's done with a subtlety that I cannot comprehend.  It is about self-reliance and how when all existing institutions (public and private)  fail you, you need to be able to look out for yourself and the people you love and how even if you can do that, it is meaningless without community, love and empathy. My play is about people who are bad at almost all of these things.

THIS IS HOW WE WALK ON THE MOON
by Arthur Russell

They used this song in a car commercial! What a bunch of assholes.

THE CHAIRS
by Eugene Ionesco

There are only two people in this play. And they are on an island. And they are old and dying and sick of each other and in love with each other and drowning in the disappointments of their life together. There are also a lot of chairs, but that's not what excited me about it. Which is not to say there are no chairs in my play, just not very many.


I DON'T WANT TO LIVE ON THE MOON
by Jeff Moss

"This makes me cry most of times."
- Xavier Siline, top youtube commenter

What the fuck is this? I don't know. I wasn't alive during the 70s.


If you are interested in seeing how I mangle all of these beautiful works of art into something resembling a play, please check out

THIS DEAD ADVENTURE
by Brendan A. Hill
directed by Paul Cameron Hardy
With a cast of some sort.

Posted by Brendan at 4:02 PM No comments:

In 2008 I knew I needed to be at the Beijing Olympics to watch the competition between the American and Chinese gymnasts. I got there, learned some Chinese, and saw it go down. I knew I wanted to write about it but I wasn't sure what to write. And then, everyone thought the Chinese gymnasts were too young.

A few months later I got a Sloan grant to write a ten-minute play for the Youngblood science brunch about an American gymnast who demanded the help of a scientist to prove the Chinese gymnasts were under age and should be stripped of their gold medals.

In 2012 in the car on the way up to a Youngblood retreat, Dylan Dawson, a graduating Youngblood member, told me I should submit another Sloan proposal for a full-length play on the same subject.  I did, I got my Sloan grant and here comes the first public reading: 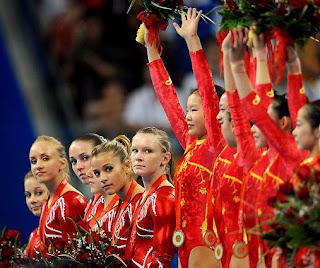 Watch the play. Have an icy cold beverage. It's been a long time coming.


Posted by Emily Chadick Weiss at 10:41 AM No comments: 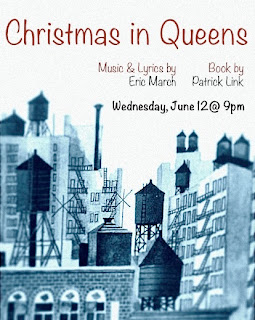 As I get older, I find myself needing many reminders.

Today I had my phone remind me to pay my credit car. Later it will remind me what I'm doing this weekend of if I need to bring something with me. None of this is new information. I simply need to start reminding myself of things I already know.

Christmas in Queens is such a reminder.

For example, before I started working with Eric, I had basically forgotten that I lived in Queens for awhile. The first apartment Olivia and I shared was right on the border of Astoria and Long Island City.  In fact, it was in Queens that Olivia helped me edit an application for a group called Youngblood about five years ago.

In my Youngblood application essay, or at least some draft of it, I wrote about how I had grown up doing plays, starting with a sprite in A Christmas Carol. I hadn't really thought about this for some time either. Not until I started working with Eric did I realize I was in a production of A Christmas Carol every year from 1992 until 1998, starting as a sprite and working my way up to a Cratchit child and eventually Ghost of Christmas Yet to Come--the best part of all. Years went by. Never thought about it or the fact that growing up there was almost no distinction between doing plays and celebrating Christmas.

So those are two things I knew, but needed to be reminded of. But here's the biggest one of all.

*member of Ensemble Studio Theatre
Posted by Patrick Link at 8:30 AM No comments: 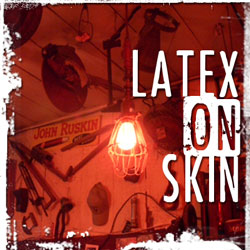 Sometimes folks ask me where the impulse for a script originates. Most of the time, I shrug and mumble because I don’t really have an answer. But for once, with this play, I do. Ready gang? Specific catalysts include: a weekend trip to Sonoma that I took this past fall with my best bud; a Contemporary Civilization's essay I wrote on MacKinnon, Williams, and Woolf; a half-memory of watching a friend play Agaue in the Columbia Classics Department production of The Bacchae, performed in Ancient Greek; and my mentor's continuous admonishment to write what terrifies you.

Oh, and of course strange internet articles like this minor religious sect that worships Vladimir Putin and coverage of contemporary feminist fringe groups.

In conclusion, if you're around tomorrow night at 7 PM, please do come & hear this play. The cast is terrific and if you don't like it, you can punch me in the arm.

Seven ladies. Three dudes.
A hunter, a bunny, and a pomegranate.
A rite to remember.

(then stick around for a Patrick Link & Eric March musical at 9 PM)
Posted by Lydia at 11:48 AM No comments: 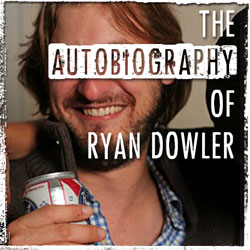 As my friend Eamon points out, it's easy to up your compensation if you're both CEO and chairman of the board.

Similarly, it's easy to up the glamour of your life if you're both living it and authoring your autobiography.

I guess the tricky question is, what happens when someone sets out to write your autobiography for you?

What's the analogy for that?

This play is for Ryan. Really.

It's made out of spit, music, and papier mache. And a lotta heart. And it's definitely not too big to fail.

Come by at 7 for Chris Sullivan's wonderful wookie play, and stick around for this one at 9!

Lloyd Blankfein will be there.* As will Eamon.**


ps. Here's the secret history of the play: