Year of the Rooster


Alex Borinsky sometimes talks about writing a play for an audience of one. 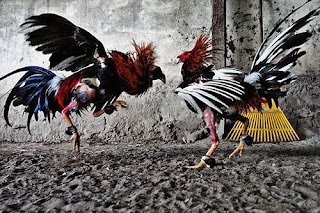 When I was young, I walked to school with Mitch Howell (not his real name) and my brother David for probably ten or so years. And each day, we’d play this game.

Seven or so houses from me, there was a family with seven kids and an old broken down powder blue VW Bug sitting in their lawn. And on the way to and from school, David, Mitch, and I would race as fast as we could so that we’d be the first to see the Bug. And after we saw it, we would shout “Punch Buggy Blue!” and punch the shit out of one another. 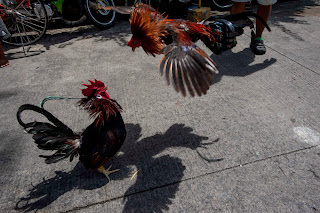 But we had to be careful. Because there was this one obstacle we’d always have to pass to make it to the Punch Bug.

In the yard of this woman who actually designed Bill Clinton’s Christmas cards.

(This was and is my hometown’s claim to fame.)

If the rooster had a name, I don't know it. 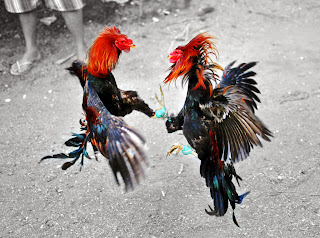 Some years later, Mitch’s brother died. He was my baby-sitter. The family moved out of their house and into another one they built one hundred feet behind it.

I don’t know the full story.

I never talked to Mitch about it. 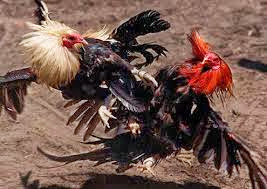 Mitch is now a real estate broker. I just googled him. 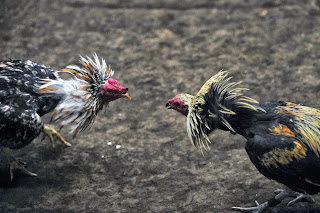 One day, the rooster died too.

This play isn’t for Mitch.

It isn’t for Mitch’s brother.

Maybe it’s sort of for my brother.

Though I didn’t plan to write that.

What I was planning to write was: This play is for the rooster. 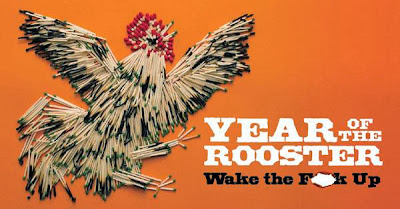 Posted by Eric Dufault at 3:39 PM No comments: