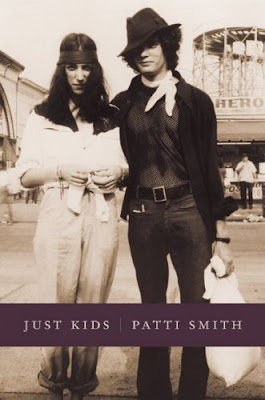 Just Kids tells the story of Patti Smith and Robert Mapplethorpe’s remarkable relationship. Patti Smith (famous for singing Jesus didn’t die for her sins) and Robert Mapplethorpe (famous for empowering photographs of S&M and the male form) met when they were two homeless 19 year olds trying to find fame in New York City. As Robert was dying he made Patti promise she would write their story and the result is one of the most moving books I’ve ever read.

Their escapades and brushes with the famous (Sam Shepard makes a delightful appearance) capture a time when artists could actually live in the Chelsea Hotel and Allen Ginsberg would hit on you at the automat. It’s a tender, brutally honest, and completely moving portrait of what it takes to be an artist.

Being part of an emerging writers group it was refreshing to read an icon, explore what it was like for her at the beginning, not just the spoils of her success.

-I recommend reading Patti Smith’s responses to comments about the book on Amazon.

-I recommend googling Robert Mapplethorpe’s photographs. The one of him pissing in a champagne glass is my favorite. 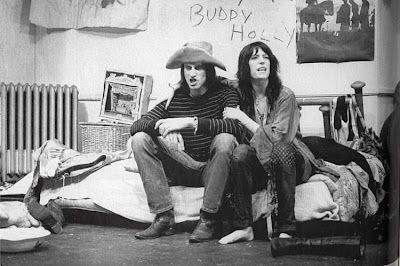 I will say, I purchased bundles from this company in the past and I was not as satisfied the hair extensions uk quality however I took a chance based on the previous reviews and I will say, this brazilian hair bundles is very different this hair is amazing. The hair quality is similar to the $300-500 wigs out there. It's not really thick or thin, it's perfect if you want a "believable" look. I personally don't use brazilian hair uk for hairlines and I instead cut the lace completely off and leave an inch or so of my own lace wigs uk out in the front and wear it like a 3/4 wig. My natural hair texture is identical to this hair so it blends perfectly. I purchased 22 inches and it looks even longer which is awesome. I uploaded pics of the lace front part before I cut it off for anyone who wants to see it up close. And also the inside to see the 4 combs and the medium brown lace color. The pics of the human hair uk dry is from straight out of the box before I shampooed. You'll also see the length in the pics of it wet that I uploaded. It's simply beautiful, and I'm a bit of a hair snob so just buy it.