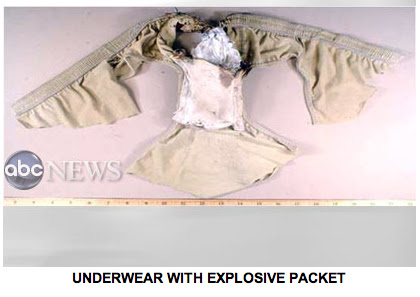 A few days after the Times Square bomb scare in April when I was watching a hella lot of tv news, in my despair and terror and confusion I thought of a joke about terrorists. Really, less a joke than a funny scenario, but let's call it a joke for the sake of anecdote. After a week, I wondered if I could extend that joke into a scene. And after some mental tests, I got mind-seized by the question "can I extend that one, flimsy scene into a two-act play?"

And that's how I arrive at a comedy about suicide terrorists.

Modern Terrorism, or
They Who Want to Kill Us and How We Can Learn to Love Them
by Jon Kern

That's the title followed by my name.

It's meant to evoke Dr. Strangelove but people keep asking me about Chrisopher Durang. I've never seen or read Durang, so I can't say much about that.

The play follows a crew of Muslim terrorists plotting to attack New York. The play makes the assumption that terrorists are just people - people with homicidal ambitions - so again, just people. From talking with my mom, I'm worried that this view is empty provocation. From talking with the talented playwright Rey Pamatmat, I'm concerned that this view is trite and obvious.

The play looks at the characters from the same perspective I use to consider all people: they're fucked up loser-dreamers who inflate fleas into monsters and heartbeats into epic loves. My affection for humanity lies in our ability to endure humiliation and defeat. I think of terrorists as shame-burdened losers. I mean, you can't really win by just blowing shit up. All you can do is make sure the other guy also carries scars. And if you're desperate an vicious enough, that can seem like victory. Not that the Pyrrhic nature of the terrorist really matters when you're measuring by body counts or psychic trauma. You must balance out the validity of the emotional response to this threat with the rational considerations of what it materially achieves which says nothing of how the generated fear and hate manifests in behavior and . . .

And such are the wordy cul-de-sacs that I fall into when I discuss terrorism or, as I prefer to spookily pronounce it, TERRORISM! Ooooooooooooo!

It's easy to fear something that is different from you.
It's even easier to fear something different that also wants to kill you.
It's easy to fear and hate this something when this something has different values and attitudes,
Carries with it an animated intolerance toward groups you defend,
Professes opposite opinions on women, homosexuals, dogs, music, art, cartoons, raincoats, golden apples, paradoxes, haircuts, who would win a fight between Superman and Batman, foot attire, turtle races, giraffe ascots, the Mets, and many more concerns.
It's easy and it might even be right,
And I hate it.
Because once I feel afraid or vengeful or compassionless,
I already feel like I've lost.
And then somehow,
Even though all terrorists do is blow shit up,
They somehow win.

In some sense, I want to care about them just out of spite.
You could say,
It's the Jewish mother in me. [Okay, as the English would say, off colour.]
Okay,
It's the Chinese mother in me. [That one I can get away with.]
But really it's just the obstinate comedian
Who refuses to believe you can't find a reason to laugh,
Even if the cause for the reason sucks,
And who has steadfast faith
That following laughter
Must come understanding.

Does my play accomplish all this?
I have my doubts.
I am more certain of my doubts than I am of my certainty.

At this point, all I really know is that I am skipping out on my buddy Tom and his awesome, blow out, paintball war bachelor party this weekend to try to finish and polish but mainly finish this play. Tom is a great, kind, humorous friend, who's had a tragic year and yet will end it in style with a lovely September wedding. I'm supposed to be a groomsman. And I'm missing most of his bachelor party.

I'm doing so in order to sit in a hot room with a burning hot laptop resting on me to bang out an noncommercial play that I'm not sure succeeds artistically on a subject that makes me uncomfortable. And at this moment, I wonder if I'm making the right choice. Choosing to sacrifice the loyalties that matter and the experiences you treasure and the people you love to obsessively pursue a dark, frustrated, tortured goal that most likely - all the odds say - ends with a flopping, unproduced failure.

Sacrifice: that's one thing I greatly respect. On that level I can relate to, even empathize with terrorists, or any dank-enclosed miscreant dedicated to an impossible and unhealthy ambition.

Their sickness is not my sickness,
But in the end,
We are both sick.

Modern Terrorism, or
They Who Want to Kill Us and How We Can Learn to Love Them
by Jon Kern