Youngblood on The Road: Ft. Lauderdale

I traveled down to Ft. Lauderdale to see a production of my play, MilkMilkLemonade. It was a weird and thrilling experience. The theater, Empire Stage, was just my style. It was down by the railroad tracks and "Deceptacon" by Le Tigre was blasting as I pulled up in my rental car.

The show itself was so different than the New York production, but really, really good. I was pleased to see that they had found things we hadn't discovered in the play. I had a wonderful time and I thank director Nicole Stodard and my wonderful Florida cast. 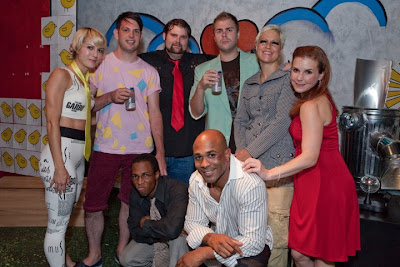 It makes me feel bad for hating Florida so much, because you know what? South Florida is AWESOME. I lived in Northern Florida when I was a kid which should really just be Georgia or Alabama or whatever (sorry, Lucy!) Central Florida, where my gay fiance is from, is the pits. But seriously, it's really, really beautiful in Southern Florida and the people are gorgeous and sophisticated. Nicole was nice enough to put us up in a gorgeous boutique hotel, Villa Venice, which also happened to be all gay and clothing optional. Plus, complimentary mai tais by the pool all day long. We strutted around all day like the leathery old Florida queens we were meant to be. Thanks, Nicole!

Then we went to Orlando and I got gay bashed at a Chick-Fil-A and then got a stomach virus. But it was worth it. You win some, you lose some. I still have Ft. Lauderdale! 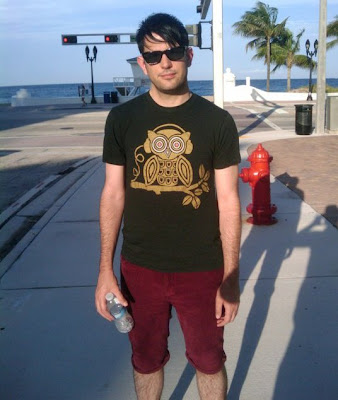 Read an interview with Nicole and I here.

MilkMilkLemonade has three more regional productions in the next few months and I'm hoping it's not unrealistic to go see them all. Watch out, Texas! Here I come, California! Yay, travel!
Posted by joshcon80 at 4:31 PM

Labels: florida, milkmilklemonade, on the road