Joshua Conkel: "I have to admit I was a little annoyed by "Victory" as a brunch theme for the first few minutes I ruminated on it. It read "sports" to me for some reason, and I hate sports and would never, ever choose to write about something so dull. Then I realized the word has much broader implications in the idea of winning and losing. Winning and losing at sports, yes. but also at life itself. I thought, I can write about winning and losing at life! 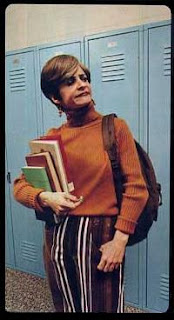 The word "victory" made me think of an old episode of Stranger With Candy in which Jerri Blank tries out for the cheer leading squad and the cruel cheerleaders (having discovered that Jerri is illiterate) ask her, "Jerri, what does v-i-c-t-o-r-y spell?"

That's when I decided to write about what happens to cheerleaders when they age and how a person goes from being a winner to being a loser over time. But, you know... funny. I've also been obsessed with grizzly crimes in which women steal other women's babies right from their bodies, which I keep discovering more and more of, so I may try to work that in as well.
God, this play sounds so gross and depressing, but I promise it won't be! I plan to start writing today if I can.
I have a show opening tomorrow, a ten-minute play for Horse Trade Theater Group's new company of actors, The Drafts (which was due this week), and a workshop production of my newest play in Chicago next weekend (for which another draft is due).
All of this and I threw my back out on Saturday moving an enormous set piece like I was some kind of she hulk. "Youngblood" indeed. If I was so young I wouldn't have an Icy Hot patch on my lower back."
Posted by Kel Haney at 11:20 PM

omg. cheerleading is totally a sport.